A group of young Black and Latino guys come home to their worst nightmare: an unconscious white woman on the floor of their apartment. They have no idea who she is or where she came from. Now they must decide what’s more dangerous: calling the cops or finding an alternative solution. 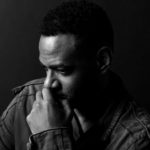 Carey Williams is a director who brings a unique and visually striking cinematic eye to the exploration of the human condition. Williams aspires to evoke thought, reflection and positive change with his work by creating character centric art that explores social and class structure.

In this political satire one officer struggles between duty and moral obligation, things take a drastic turn when he is profiled by his colleagues off‐duty, pushing him over the edge. Armed with the power of his badge, the stage is set for a whirlwind day filled with vendetta, as Black Cop targets the privileged community he’s sworn to protect. 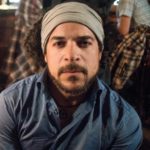 Cory Bowles is a multidisciplinary artist from Nova Scotia, Canada. He has appeared as an actor in film, radio, and television shows, receiving a Gemini for the role of “Cory” in the TV series Trailer Park Boys, which he currently serves as a director. He works as a principal choreographer and director and has created over 70 works/choreographies for stage and film. His work reflects his fascination with racial identity and social and cultural structures.

Nataleah Hunter-Young is a writer, film programmer, media artist, and PhD student from Toronto. She has programmed films for the Hot Docs Canadian International Documentary Festival (Canada), the Durban International Film Festival (South Africa), and also worked as a feature documentary pre-screener with the Toronto International Film Festival. Building on more than 10 years’ experience as a local and international youth worker, Nataleah has always merged her passion for community development with her love for film and media arts. Nataleah’s doctoral research interests include visual culture, Black visualities, civic engagement, and documentary media.

Thank you to our Sponsors and Community Partners!