Our Dance of Revolution

Our Dance of Revolution is preceded by Haus

Makai is a young homeless queer boy sleeping on his friends couch. As he and Trevon prepare for a night of competition at a local Kiki Ball, Makai is forced to reconnect with his disapproving older brother. Yearning for distraction from his tumultuous familial situation, Makai chooses to resist when his new found family is threatened. 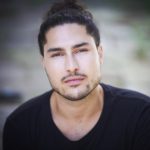 Joseph’s short films have screened at festivals internationally, including Haus (2018) which was fully funded by Canada Council for the Arts and selected for the International Competition at Clermont-Ferrand International 2019. They have received Telefilm Talent To Watch funding for their first feature film Tribe (2020).

Our Dance of Revolution

Our Dance of Revolution tells the story of how Black queer folks in Toronto faced every adversity, from invisibility to police brutality, and over a four-decade span rose up to become a vibrant, triple-snap-fierce community. 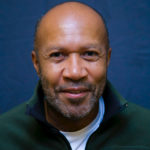 Phillip Pike is an emerging documentary filmmaker. As a graduate of McGill University’s Faculty of Law, Phillip’s journey of personal and professional discovery has taken him from a career creating change as a community activist and human rights lawyer to a career creating change through storytelling as an independent documentary filmmaker. Our Dance of Revolution is Phillip’s third film and second feature.