Part showcase and pitch event, this exciting platform highlights the best of Canada’s emerging talent, who then pitch their next project to a jury of industry experts from CBC Programming. This year, there will be two categories of pitches, SCRIPTED and UNSCRIPTED projects. One winner in each category will receive a development deal from CBC and $1000 from RBC!

Watch the spotlighted short films from the finalists at any point throughout the Festival and tune in at 6pm on Sunday November 29th for the broadcast of the pitch competition, hosted by Jason D’Souza of CBC’s Fresh Air, and the exciting announcement of winners!

When 14-year-old Myla and her best friend attempt to orchestrate a romantic encounter with older boys from school, both girls are forced to decide whether or not they’re ready for “love” and what exactly that means. 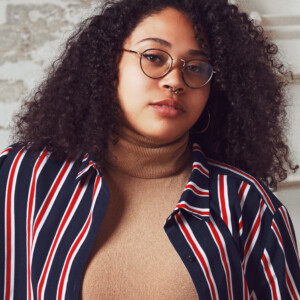 Christian Anderson is an award-winning Afro-Latin writer & director based in Toronto, Canada. She is a recent graduate of York University’s film production program. Christian’s work, such as short films; “Lagoon” and “Teen Dream”, is centred around amplifying the voices of diasporic Black and Brown women, through her unique and immersive storytelling.

A Regent Park Film Festival alumn (circa 2016), Christian’s work has also been screened in Winnipeg’s 2018 & 2019 Afro Prairie Film Festival, as well as in other incredible local screenings such as Canema’s; Black History Month screening in 2018, and The Humming Collectives’ 2019 Short Film Screening.

Pardeep Singh is a 17 year old Canadian-Sikh who struggles between accepting his cultural identity vs changing it to fit conventional ideas of beauty to impress his crush. 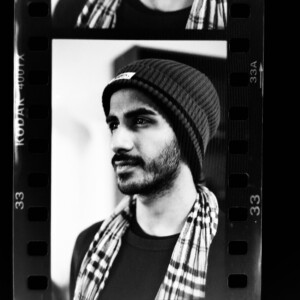 Prajj is an emerging filmmaker and artist; immigrating to Canada from India at a young age, he’s been at the crossroads between two very different cultures. His work often focuses on the dynamics that occur between these intersections and the people caught between the lines.

Set one evening in present-day Moscow, 16 year-old Pyotr is baited by an ultra-nationalist group known for their violent abductions and attacks bolstered by Russia’s LGBT Propaganda Law, but Pyotr has a dangerous secret. 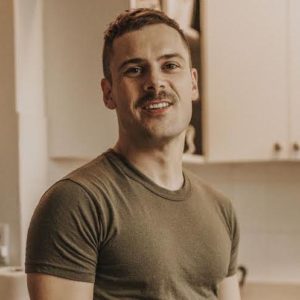 Blake Mawson is a queer Canadian screenwriter and director and graduate of the CFC Director’s Lab. In 2016, he wrote and directed his first short film, PYOTR495, a film set amidst the brutal anti-gay attacks taking place in Russia since the passing of Putin’s LGBTQ propaganda law which criminalized the normalization of homosexuality. The film toured worldwide, screening everywhere from Sitges and Fantasia to Frameline and Outfest, and was awarded The National Screen Institute of Canada’s A&E Filmmaker Award in 2018 as well as a 2019 Canadian Screen Award for Best Lead Performance by the film’s star Alex Ozerov. Blake is currently developing his sci-fi horror series, GURNERS, which is co-written and co-created by Scott Treleaven (BUGCRUSH) and executive produced by Blue Ant Studios in partnership with Alan Cumming’s Club Cumming Productions.

By the train explores the effects that islamophobia has on daily life for visibly Muslim women that live in the western world. A poetry piece that shares a Hijabi’s deepest and inner thoughts while she waits by the train. It’s meant to explore train track anxiety, the feeling of worry, nervousness, or uneasiness that many visibly Muslim appearing women and men experience while waiting for the train or subway. This feeling comes as a result of feeling afraid that someone may push them onto the tracks in an act of Islamophobia. 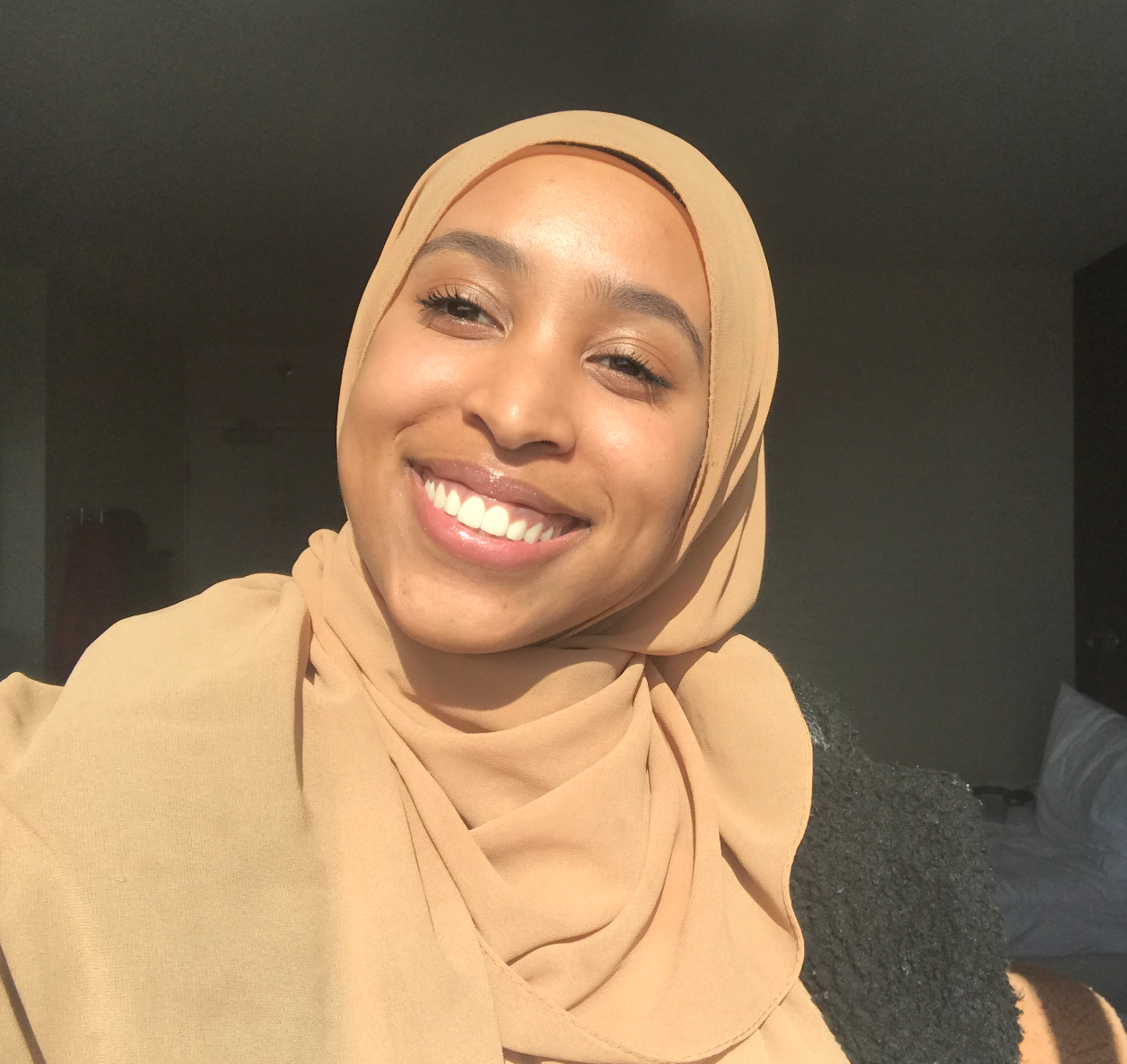 Niya Abdullahi is a Black-Muslim-Ethiopian student, film maker, tech-enthusiast and online activist. She is the founder of Habasooda, a platform dedicated to sharing the richness of the Muslim experience through a variety of storytelling avenues including short films. The objective of the platform is to make the public aware that Islam and Muslims are not monolithic, each person has their own unique experiences.

An ode to brown boys encouraging them to seek happiness even if it means feelings of isolation. Know you are safe and loved. 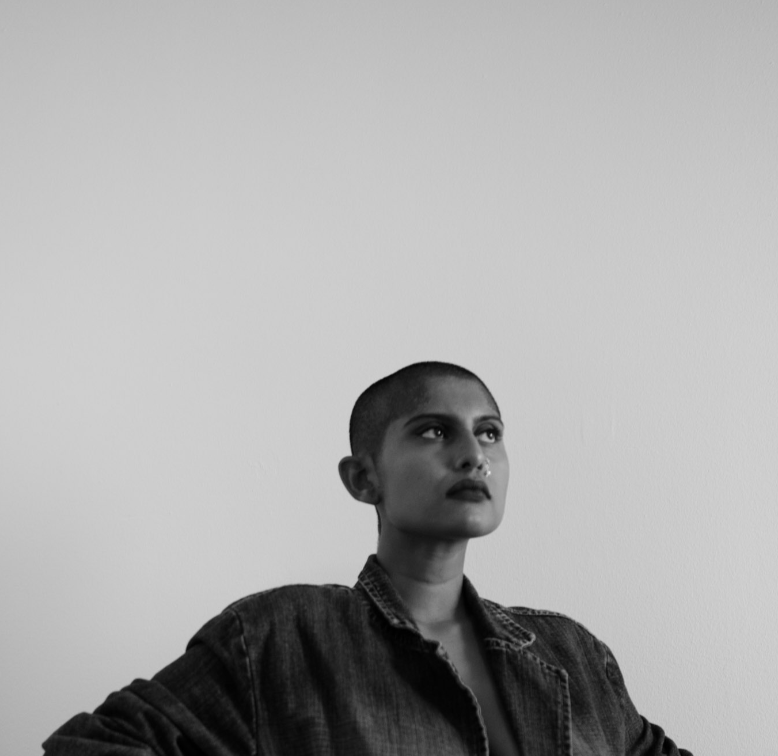 Mirusha directed a film produced by the National Film Board of Canada called Parked: Seeking Refuge in Cars, on youth in Scarborough who find refuge in their cars. She produced a film called Snowbird through the Inside Out Film Mentorship Lab, which premiered at the Inside Out Film Festival. She recently received a grant from the F-O-R-M Commission to direct a film on trauma carried in the body conveyed through a bharatanatyam performance. She was also selected for the Emerging 20 program through Reelworld Film Festival, which she completed last week. Her work aims to showcase the multifaceted experiences of being a person on the margins and the delicate and intimate experiences they host alongside survival.

Shot on an iPhone in isolation, a filmmaker paints an intimate portrait of her relationship with anxiety. 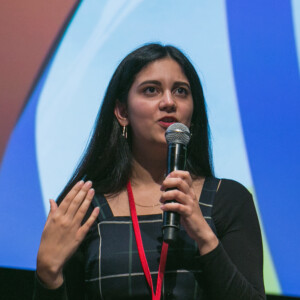 Shubhi Sahni is a writer and filmmaker based in Toronto. She is interested in telling character-driven stories that come from a place of personal truth. Her first short film, Click Here To Play, premiered at the Toronto Reel Asian International Film Festival. In 2020, Shubhi was a participant in Regent Park Film Festival and BIPOC TV & Film’s TV Writing Workshop led by Ins Choi, creator and showrunner of Kim’s Convenience. She is also an alum of Reel Asian’s Unsung Voices program as well as Workman Arts’ If You Ask Me program. Her most recent short film, Burn, premiered at the Rendezvous With Madness Festival.

Jason D’Souza is the interim host of CBC Radio One’s Fresh Air. Jason began his CBC journey as the recipient of the Gzowski internship in 2012. He has since worn many different hats, including hosting on various CBC radio and television shows.Jason is the producer and creator of the multi platform series Matheson that spent a month embedded in a high school in Surrey, BC, allowing audiences to hear from students about the lives of teenagers today, completely unfiltered. With two immigrant parents from India, Jason is extremely passionate about bringing to air a range of diverse voices in telling the stories of the communities he covers.

Paige Murray has worked at the CBC for nine years within the content areas. She is currently Executive in Charge of Production, YA Digital Originals, overseeing production and development of mid-length series for CBC Gem.

Paige is also the programmer for Canadian Reflections, the longest running Canadian short film showcase on national broadcast television. She oversees the film acquisition, programming and scheduling strategy of this weekly show.

Paige currently sits on the board of Breakthroughs Film Festival Board. Breakthroughs is the only festival in Canada devoted exclusively to showcasing short films made by emerging women, trans and non-binary directors.

Michelle McCree is a Production Executive with CBC’s Unscripted department. She oversees a slate of programming including You Can’t Ask That, Family Feud Canada, Anyone’s Game and Still Standing. Prior to joining CBC, Michelle worked as a producer, director and writer.

Sara Yacobi-Harris has been working with the Unscripted Content team at the CBC for the past 3 years. Her current work focuses on equity, inclusion and anti-racism strategy implementation.

She also leads focused community outreach, mentorship and festival partnerships. She has worked directly with BIPOC TV&Film, Regent Park Film Festival, Reel Asian Film Festival and ReelAbilities Film Festival. Sara has worked on several TV and digital productions at the CBC in the Unscripted department and has written for the CBC. Previously, she worked at the Toronto International Film Festival (TIFF).

Sara is currently pursuing an MEd in Social Justice Education at the University of Toronto with a focus on community engagement and alternative methods of education.