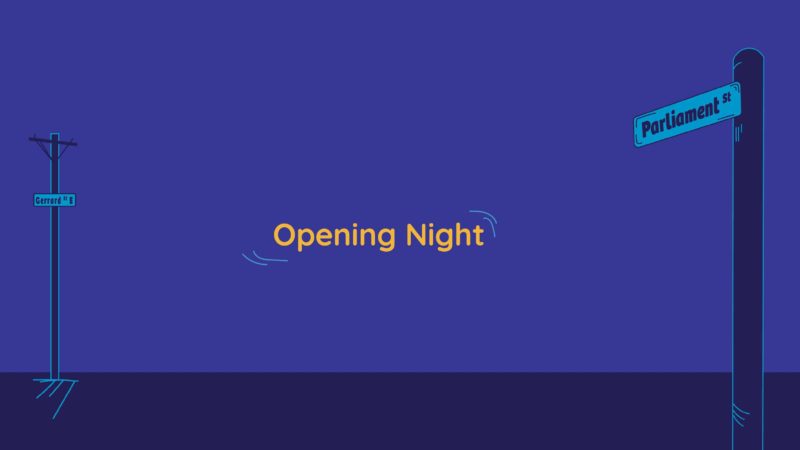 Join us on a brief visual journey through Regent Park and hear from Executive Director Angela Britto and festival Programmer Faduma Gure on the story behind this year’s virtual festival and its theme of “Dis-Place.” Stay for our opening night presentation of the “Being Black in Toronto” selection of films by local filmmakers, followed by a talkback with the directors.

Mahlikah Awe:ri, Enml’ga’t Saqama’sgw
Haudenosaunee Kanien’kéhà:ka & Mi’kmaw L’sitkuk, Canadian Poet Of Honor, Mahlikah Awe:ri is an Artist For Social Change, “Shifting paradigms through Indigenized ways of knowing and being; while reimagining what it means to be “In-Relation”, to the Land and to each other”.

Angela Britto
Angela Britto has been the Executive Director of the Regent Park Film Festival since 2019. She is a writer and arts administrator who came to the Festival from the public sector where she supported increased access to arts and culture in Ontario. She has a background in communications, stakeholder relations, and program management that she developed at arts organizations such as Cultural Pluralism in the Arts Movement Ontario (CPAMO), Scarborough Arts, the Ontario Arts Council and the Professional Association of Canadian Theatres.
She has an MA in English from the University of Pennsylvania and her creative writing most recently appeared in The Unpublished City II (2018).

Faduma Gure
Faduma Gure is a Toronto-based curator and arts organizer. As the founder of The Black Nerds, Faduma is dedicated to hosting and cultivating spaces for Black nerds. Past Black Nerds events included video game tournaments, art exhibits and film screenings. Faduma Gure is also a co-founder of Own the Walls- a curatorial project that showcases the work of emerging BIPOC artists.