This short films package is packed with rich storytelling addressing topics of displacement, grief, self determination, community and friendship. In Shorties, we’ll take you through the motions as you witness resilience through creativity. Through these stories you’ll also learn that sometimes you have to get a little lost to find your way. It can get difficult to hold onto the things and people in your life that keep you grounded. You may laugh, you may cry but one thing’s for sure, you’ll feel. So, remember to take breaks, take breaths and take note at what keeps you grounded at a time like this.

Please note that films are divided into Shorties 1 and Shorties 2 packages on our streaming platform, Cinesend. 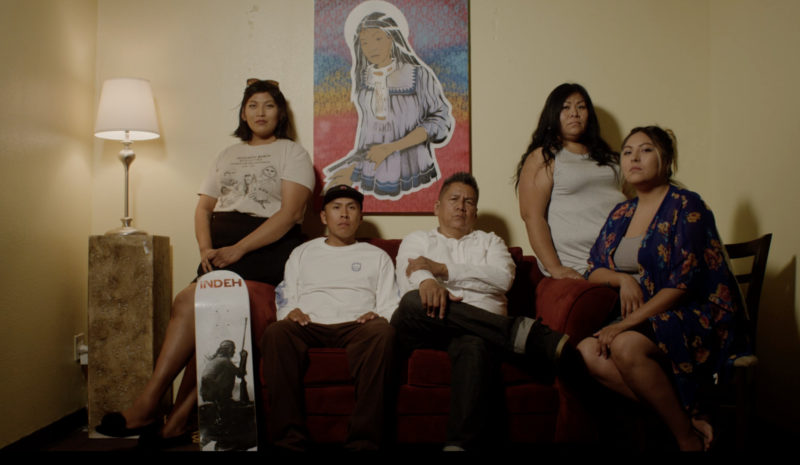 The Mystery of Now

In the short film, “The Mystery of Now,” artist and Apache Skateboards founder, Douglas Miles shares socio-political context around the history that lead to life on the San Carlos Apache reservation, and the personal history of how and why he started a skateboard brand and team of local youth leaders. His advice on cultivating resilience, creativity, and joy, provides guidance in a time that for many feels uncertain, polarizing and divisive in our living rooms and around our dinner tables. 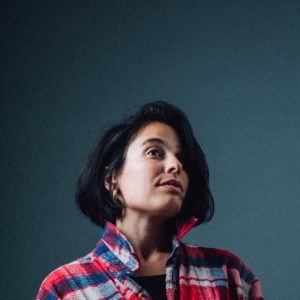 This film is Audrey Buchanan’s directorial debut. Audrey is an interviewer and filmmaker who believes in civic engagement, social justice and the fact that diversity drives innovation. As the founder of a boutique production company called THE WOODS, and a founding board member of NPR Generation Listen, Audrey curates and lifts up diverse voices through intimate interviews, films, digital content and experiential programming. 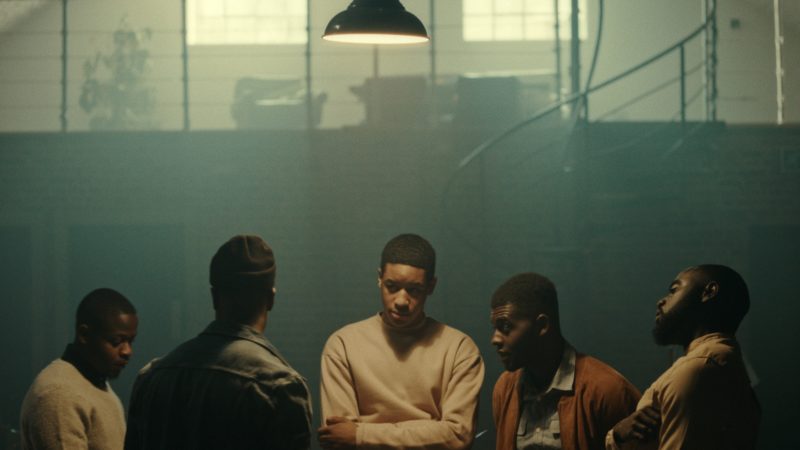 A group of young men try to interpret their friends’ art, so they can save face and show support. 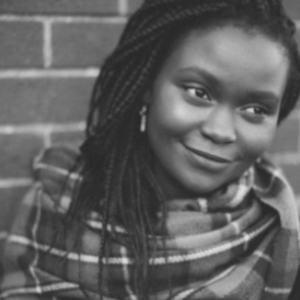 Since graduating from Sheffield Hallam University in 2013 with a 1st class degree in Film and Visual Effects, Runyararo has been writing and directing shorts, as well as freelancing. Currently, Runyararo is working on a major production at Pinewood Studios.

Shaq, a young man grappling with depression, returns to his New Jersey hometown, where his exploration of grief and brotherhood transforms into the imagining of an inner life. 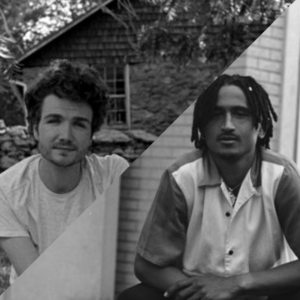 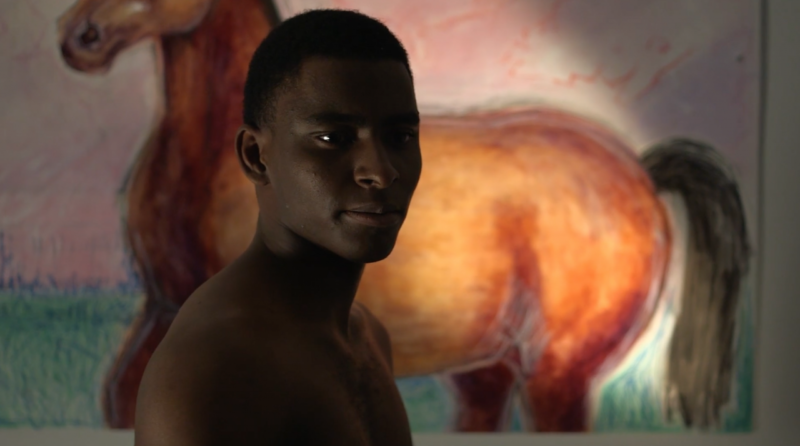 In this fictional short, Messiah Campbell must navigate the loss of his mother as he journeys towards his destiny. 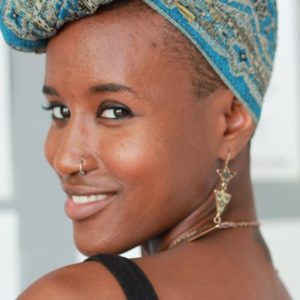 Sharrae Lyon is an emerging writer, director and producer. She is an alumni of Black Women Film! and the DOC Institute. Her work explores identity, neurodiversity, ancestral and societal connections in science-fiction/fantasy and non-fiction formats. Her film credits include Delayed Echoes (2018), Body as Technology (2015) and Gaia’s Awakening (2014). 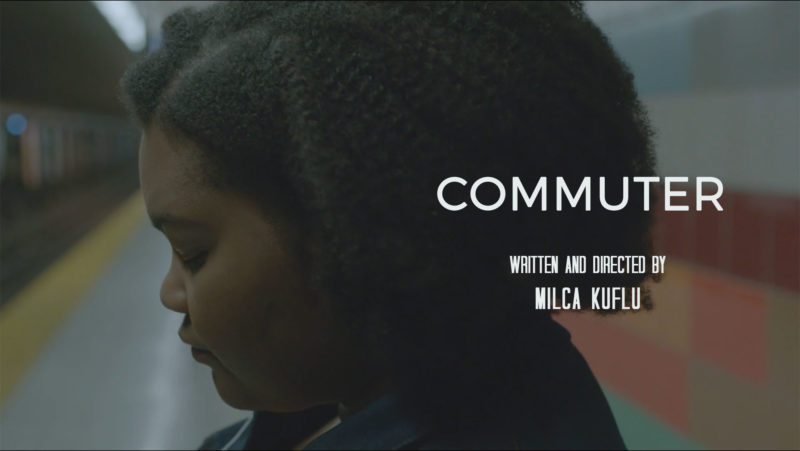 Commuter is a short comedy about Sarah, an introverted and overworked 27-year-old, who runs into an acquaintance on the TTC after an exhausting day at work. Forced to sacrifice her coveted alone time, Sarah comes face to face with her biggest fear: small talk. 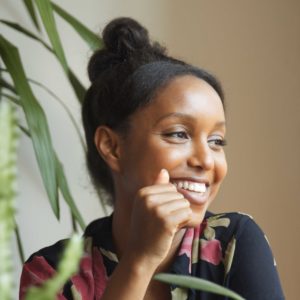 Milca Kuflu is an emerging Writer/Director based in Toronto. In 2016, she made her directorial debut with a 10-minute documentary titled Dance Saved My Life. Her time is split between long workdays in production, refining her esoteric film ideas, and deepening her understanding of self-actualization and its relationship to art. 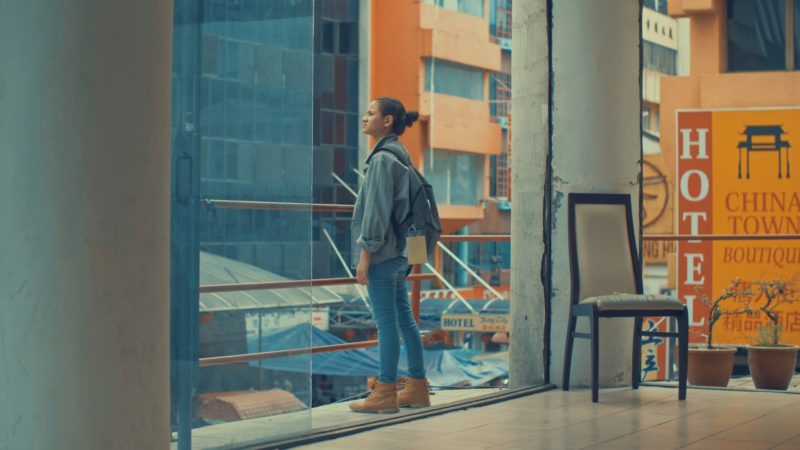 A runaway teenage girl seeks shelter in an old hostel, only to discover that the building has a secret past guarded by a strange janitor. Set in Kuala Lumpur, the Ruby is a short film about friendship, lost history and the power of shared stories. 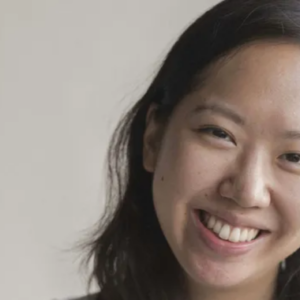 Ling Low is a Malaysian writer and filmmaker. Her work includes short films, music videos and commercials. She has also written comedy sketches for BBC Radio 4, published short works of fiction and worked as a journalist. The Ruby was selected for Locarno Film Festival’s Open Doors section in 2020. 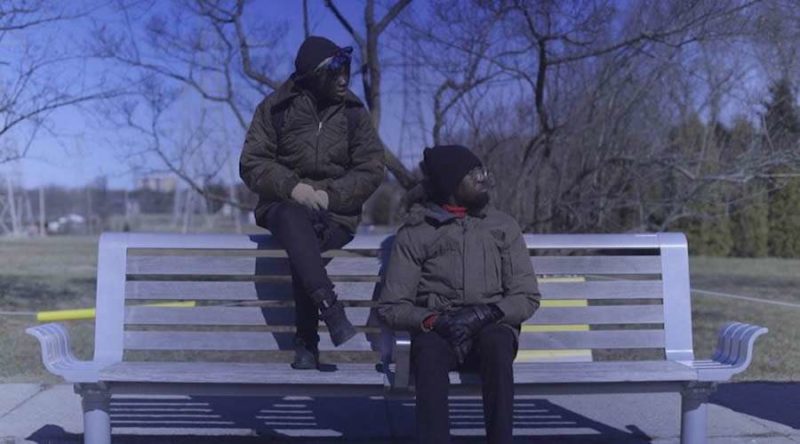 Two friends squabbling over the merits of a beef patty from the east-end Warden subway station versus Islington station, in the west end – with much of their exchange taking place at a transit stop in a suburb on the western edge of Toronto. 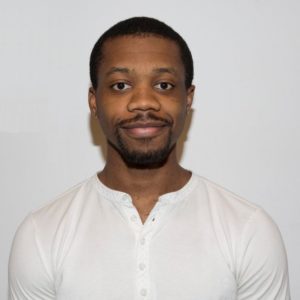 A Caribbean director based in Toronto who is focused on creating slice-of-life and fantasy stories within the diasporic community. Specifically, their work touches on pointed topics like mental health and liveable wages through blunt humour as  the best way to take on society’s deepest concerns.

At Aginview Secondary School, Sharon, Mo, and Lee are in their final year of high school. When Mo’s brother Abdi is hurt in what seems to be a xenophobic attack, the seniors team up to seek justice from the school administration, but quickly realize that getting justice in their community isn’t as easy as it seems. 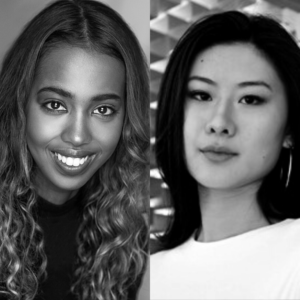 Maryan Haye is a Somali-Canadian writer, actor and producer from the Jane Finch community of Toronto. A new WGC member and recent graduate of the RTA Media Production program at Ryerson, she is excited to create stories that will highlight underrepresented voices in authentic and nuanced ways.

Carol Liu is a Chinese-Canadian visual artist, designer and media creator. A recent RTA Media Production graduate with a concentration in Digital Media, she has found a passion for writing and creative direction. Growing up between Toronto and Shanghai, Carol feels a strong connection to the multicultural immigrant community. 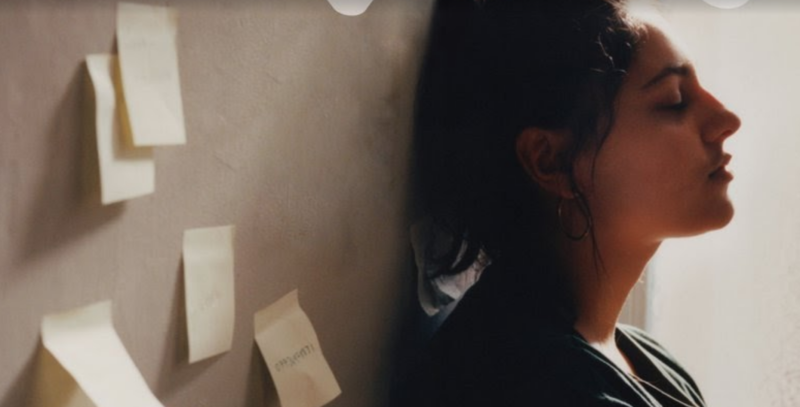 A coming-of-age drama about a teenage carer (RHIANNE BARRETO) coming to terms with the responsibility of looking after her family after a distressing incident. 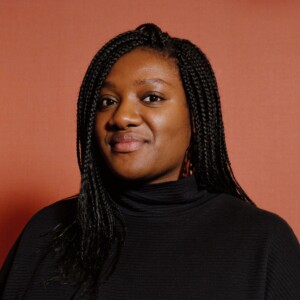 Yero Timi-Biu is a multi-award winning writer and director for TV and film. Her 2019 BFI-funded short film, Signs premiered at Encounters Film Festival where it won the Youth Jury Award. Yero is developing a satirical drama series, The Institution with AbbottVision. 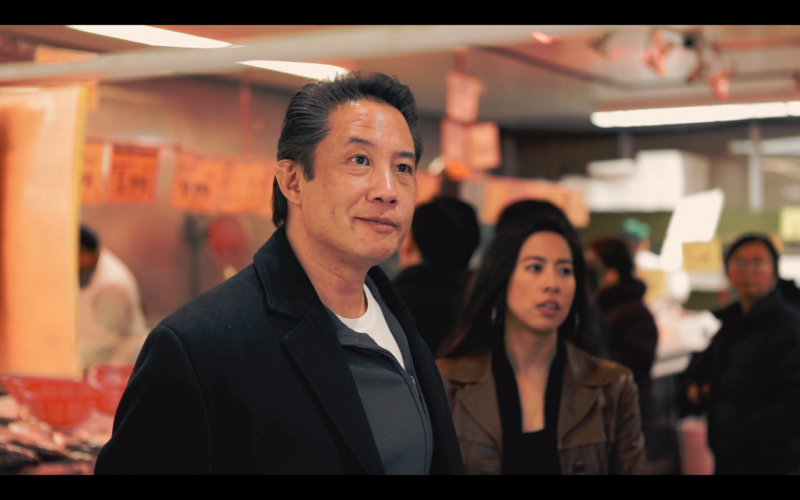 Nothing puts your identity, self-worth and family to the test like going to the Chinese supermarket, but it’s a journey one father and daughter are determined to take. 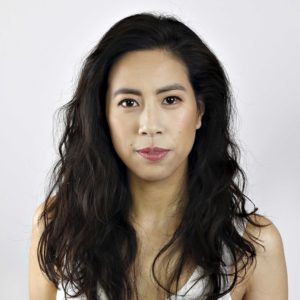 Krista Jang is an actor/filmmaker originally from Vancouver, and an alumna of Capilano University’s Film/TV Acting, Cinematography and Motion Picture Production programs. Her first short film, “Project: Icing”, was highlighted as one of NSI Online Short Film Festival’s ‘comedy gems’ of the year, while her second, “Misplaced”, was a MAMM Award Winner. 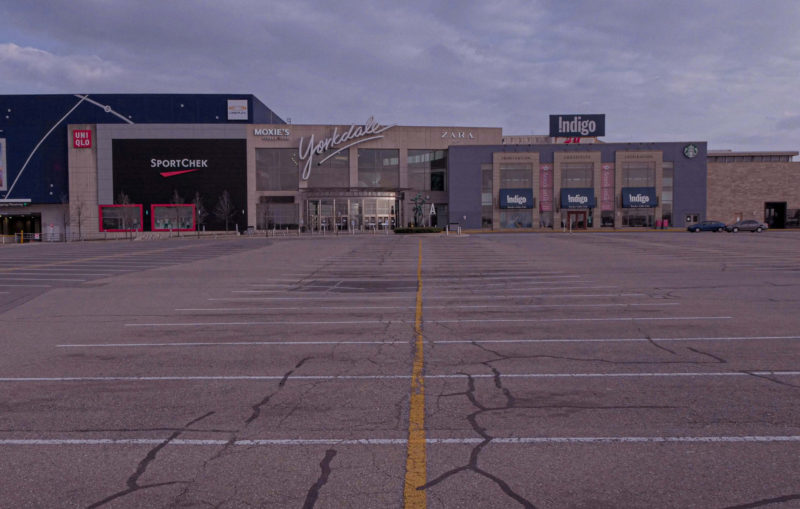 A portrait of the effect the pandemic has on the city shown from the perspective of a man calling a loved one. 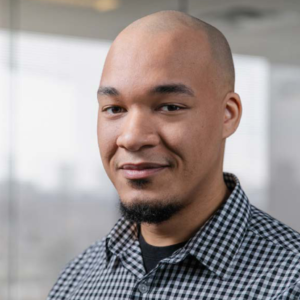 He was born and raised in Scarborough after his parents immigrated from Jamaica. Tristan’s love of art and storytelling drew him to filmmaking at an early age. Now, with over ten years of professional experience in the creative industry, Tristan brings absolute precision to every film he makes. 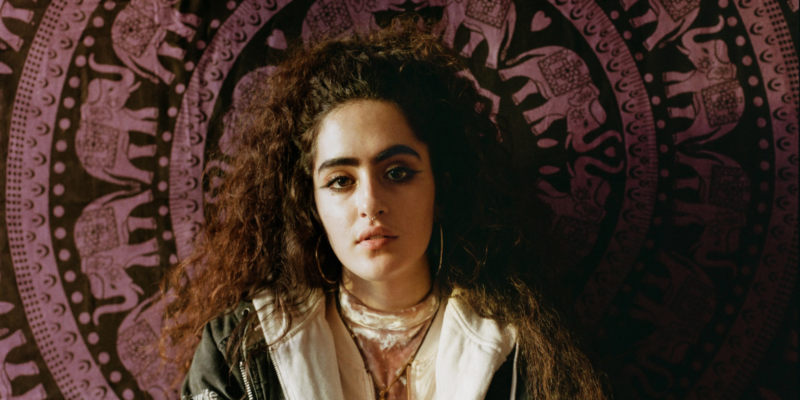 Three young women learn about loss over the course of one Bonfire Night that takes them on a surreal journey into the depths of the English countryside. 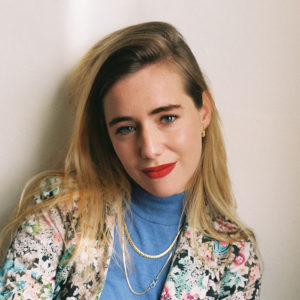 Born in London, Lucy went on to study at Central St Martins before quickly establishing herself as one to watch. She received a number of high profile accolades including Underwire’s Outstanding Talent; BFI Future Film Award, UK Music Video Award nominations for her work with John Grant, Darkstar and Tiny Carriages in addition to being included in Dazed and Confused’s top 100 global creatives.