Inspired by true events, Beans is about a Mohawk girl on the cusp of adolescence who must grow up fast and become her own kind of warrior during the armed stand-off known as the 1990 Oka Crisis. 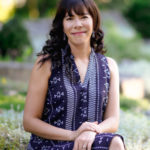 Mohawk filmmaker Tracey Deer co-created acclaimed dramedy Mohawk Girls and was a co-EP Netflix/CBC series Anne with an E. She has worked with the CBC, NFB, and numerous independent production companies throughout Canada in both documentary and fiction, and has been honoured with two Gemini Awards and numerous awards from film festivals, including Hot Docs.