Spirit to Soar, Mashkawi-manidoo bimaadiziwin, is a closer look at what has happened in the wake of an inquest into the deaths of seven Indigenous students in Thunder Bay, Ontario, highlighting hard truths the country of Canada has long ignored: racism kills, especially when it presents itself as indifference. 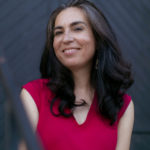 Tanya Talaga is an Anishinaabe author, public speaker, producer, director, journalist and storyteller. She has written two award-winning books, “Seven Fallen Feathers” and “All Our Relations”, both of which were national bestsellers. Talaga was the 2017–2018 Atkinson Fellow in Public Policy and the 2018 CBC Massey Lecturer. She is also the founder of Makwa Creative Inc., a production company focused on amplifying Indigenous voices through documentary films, TV and podcasts. 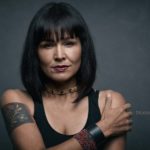 Michelle is an Anishinaabe mother, grandmother, artist, activist and filmmaker from Migisi Sahgaigan First Nation in Treaty 3 Territory in Northwestern Ontario. Her films the Grandfather Drum (2016), Angelique’s Isle (2017) and Audrey’s Story (2019) have screened at many festivals, including Sundance, Traverse City and ImagineNATIVE.