Hosting its first film festival in Nelson Mandela Park Public School’s gymnasium, Regent Park Film Festival has since evolved and expanded thanks to the dedication and tenacity of many people. We’re delighted to bring together RPFF’s Executive Directors of the past decade, along with RPFF’s Founder, for a discussion on leadership, community and the power of film. Join us for the short film A Tribute to Paintbox Bistro by Focus Media Arts Centre, before the panel.

The Paintbox Bistro, a prominent restaurant in the Regent Park community, was forced to close its doors in January 2022. Gone but not forgotten, this collaborative documentary project led by youth, looks at the loss of the Paintbox Bistro and its contribution to the community. 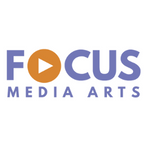 FOCUS Media Arts Centre (FOCUS) is a not-for-profit organization that was established in 1990 to counter negative stereotypes and provide relevant information to residents in the Regent Park area. FOCUS provides equipment, professional training and mentorship opportunities that enable community members to share stories, experiences and perspectives on relevant matters and issues. 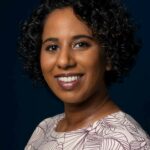 Kalpana joined RPFF as its new Executive Director in May 2022. She has worked in various charitable cultural organizations including the British Film Institute, TIFF, Canadian Stage and the ROM. Kalpana is excited to use her skills, experience and love for visual storytelling to lead RPFF into its next impactful decade. 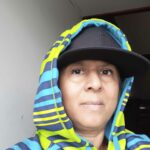 Siddan Chandra is a Toronto based multimedia artist and educational activist who studied English literature in India, filmmaking and media theory in the USA, festival organizing in Germany, and education in Canada. Siddan launched the Regent Park Film Festival, makes films and is currently developing Kidocracy, an anti-fascist educational theory. 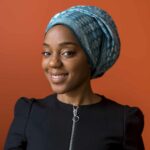 Tendisai Cromwell is a writer, filmmaker, and podcast host. She previously served as the Executive Director of the Regent Park Film Festival and as the founding Creative Director of New Narrative Films. Her writing has been published in BESIDE Magazine and Santa Ana River Review. Tendisai is currently writing her debut novel and is the host of the arts-focused podcast, “The Story So Far.” 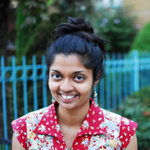 Ananya is a community engaged artist, writer and producer. She was the Executive Director at the Regent Park Film Festival for 7 years, where she had the privilege of ushering the festival into its new home at the Daniel Spectrum and growing its reach through year-round programming. She is currently producing and writing kids’ content. 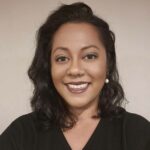 Angela Britto is a Tamil writer and arts administrator. She was the Executive Director of the Regent Park Film Festival from 2019-2022, leading its transition to virtual programming and operations. She has previously worked at non-profit and public sector organizations such as Scarborough Arts and the Ontario Arts Council. She is working on her first collection of short stories.