In celebration of our 20th anniversary, Regent Park Film Festival launched Regent Park Made Visible, a new project for which we commissioned 5 local filmmakers to produce films that celebrate the history and resilience of Regent Park! This project will give viewers an opportunity to experience the neighbourhood’s transformation through decades-old archival footage, news clips, and interviews with residents. These films, along with a talkback with the filmmakers, will explore the trials and triumphs of Regent Park and the impact it has had on those who call it home.

A Tale of Two Regents

Akash Jones sits down with his father to talk about his life in Regent Park. With the aid of live action and animation, Adrian Jones discusses his arrival to Canada and early life in Regent as we see how it compares to his son’s experience in the same city today. 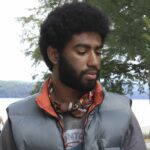 Akash is an emerging black director/animator whose work usually consists of two things. Telling stories that are true to his experience and culture or bringing worlds to life with the art of stop-motion. A TMU film graduate currently aiming to make his mark in the animation and film industries.

A 16mm film that investigates the history and the scenery within the geographical boundaries of Regent Park. 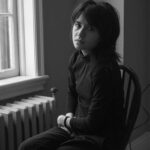 Calla Moya is a Toronto-based emerging artist whose work is invested in the materiality of the medium, whether the body, celluloid, or a digital apparatus. In using a reflexive mode in their work, Calla foregrounds an interplay between text, image, and gesture.

Kiana and Jerry are best friends living in the revitalized area of Regent Park. When a shooting occurs in the neighborhood, cultural and economic differences surface between the friends. 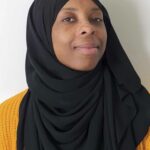 Shanele Soares is a Black Muslim videographer from Scarborough. She has been working in the non-profit sector creating community-based video campaigns. She is excited to create her first scripted independent short film for a film festival.

A Pile of Dirt

A short Docu-Film unearthing a Regent Park of the past through the eyes of a new resident and the romanticism of a former resident. What lies below the mounds of earth everywhere as old buildings are torn down for the new. The more things change, the more some remain the same. 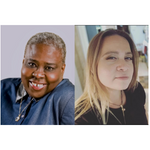 Rhoma Spencer
Rhoma Spencer is an Actor, Playwright, Director, Docu- Filmmaker and Comedian. When not doing all of the above she can be seen turning a random pot of gastronomic pleasures. A graduate of York University with an MFA in Directing, Rhoma appears in the award winning Canadian movie Scarborough (Compy Films)

Janis Mayers
Janis Mayers is a Toronto born theatre creator. A member of ensembles such as Derives produced by Sans Productions and The Solitudes, produced by Aluna theatre. She completed artistic residencies at the Banff Centre, Aluna theatre and the Emerging Creators Unit with Buddies in BadTimes theatre.