Set in the 90s, a Korean single mother raises her young son in the suburbs of Canada determined to provide a better life for him than the one she left behind. 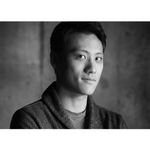 Anthony Shim is a Korean-Canadian actor and director, based in Vancouver. He co-founded and served as the artistic director of Blind Pig Theatre and has appeared in dozens of film, TV, theatre, and voice over projects as an actor. His first independent feature, Daughter, premiered at Vancouver International Film Festival. Riceboy Sleeps, his latest feature premiered at the Toronto International Film Festival. 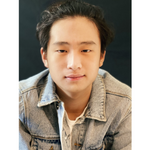 A natural in front of the camera, Ethan Hwang started off in the industry shooting a few commercials. He went on to book smaller roles on Titans, Nirvanna the Band the Show, the independent short film Being Brave and the dramatic feature Dancing Through the Shadow. Transitioning to larger opportunities, Ethan landed a recurring role on the series 2nd Generation. He then went on to book the role of Young Ben in the widely acclaimed Netflix hit The Umbrella Academy.