This program encourages you to reflect on your inner voice, your place in your community and consider your role in shaping our world. While caring for our planet and figuring out where you belong within it are valuable, these films also serve as a helpful reminder to maintain your self-worth and unique identity.

A vulnerable seahorse is swept away from its coral reef and must survive the dangerous journey home. A stop-motion short about one small creature struggling to fit in, but set in front of a much larger backdrop of ecological change. 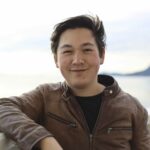 Benjamin Fieschi-Rose is an independent writer, director and character designer from Vancouver, BC. Ben received his BFA from TMU. His passion for the natural world finds its way into much of his creative work. He is based in Toronto and works as a puppet and set fabricator.

A featherless nightingale sings in the forest. Its song lulls the little bear to sleep, soothes the squirrels’ quarrels and entertains the pair of swans swimming on the pond. One day a storm breaks out in the forest. The nightingale has no coat of feathers, so it catches a cold and can no longer sing. 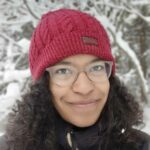 Born in 1989 in Aigle, Switzerland, Oana has a MA in animation film. Since 2012, she works as independent animator and director.

“Cool For You”, an animated film based on the book of the same title, explains global warming to children in a friendly way. Incorporating different characters and families, animals and plants, children are introduced to CO2, and positive, easy ways to improve our impact on the earth. 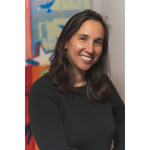 Award-winning filmmaker and Emmy-nominated animator Sherene Strausberg combines her experience in film, music and sound engineering with graphic design and illustration to create animated videos for her clients at her company, 87th Street Creative; which works with nonprofits and businesses who help make the world a better place.

The greatest life lessons are learned through simplest of experiences. When your regular kitchen turns into your biggest classroom… and Mom just serves you a plate of wisdom. 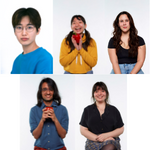 Jimin Jung worked as a 2D animator in Korea before studying animation at Gobelins, she designs character to capture a moment in their life and history.

Chien-Ju Hung is a graduate of Gobelins and works as an animator and character designer.

Magali Dunyach is an artist in visual development and character design.

Vajra Pancharia is an Indian animation film director who previously worked as an artist and design teacher.

Léa Pietrzyk is a 2D Animation and story artist aiming to create films with universal reach and positive messages.

Ezra is Black and Jewish (Blewish), which causes others to question his identity. Frustrated, he decides to conceal his Jewish identity. But, when Ezra meets two other blewish siblings struggling with their identity, Ezra realizes that showing his authentic self can help others see that they’re not alone! 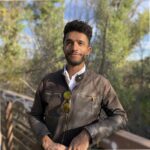 Ezra studied animation and creative writing at USC. He has worked in a number of roles in the field, including screenwriting, storyboarding, visual effects, animating, directing. His animated short film, Blewish won Best Screenplay, Best Director, and Best New Filmmaker at the American Jewish Film Festival.

A boy scout must overcome his fear of heights at a time when jumping down from a mango tree is the only option left for him. 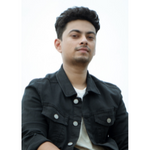 Stanley Hector was born on 28 July 1994 in Indore, India. He studied directing fiction from FAMU International – Film & TV School of the Academy of Performing Arts in Prague, Czech Republic in 2020.

Aki, a beginner chef, must make a delicious meal for the emperor’s banquet. When things don’t go as planned, he turns to his friends for support. 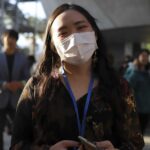 WanCi Hua is a Taiwanese animator, studying at California Institute of the Arts. She loves creating whimsical worlds with cute creatures as well as sharing tender stories.