There are many different ways to engage with community, whether through friendship, family traditions, knowledge sharing, or mentorship. This program explores the many facets of what it means to be a part of a larger group of people with shared interests, experiences, or goals. How does community help in shaping you as a person and embracing the cards you’ve been dealt?

After Maryam Tsegaye wins a global competition for students to inspire creative scientific thinking, she reflects on family, community and her sense of self as she prepares to leave home and start a new and promising chapter of her life. 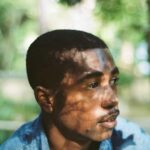 Sebastian is a director of Caribbean and Australian heritage. Through his international upbringing, he has learnt that there is power in diversity, as well as an importance of having intersectionality portrayed on screen.

An adventurous young boy and his mother share a passion for Inuit drum dancing in Happy Valley-Goose Bay. Evan’s Drum is a joyful visit to a family’s loving home, and an uplifting story of cultural pride. After generations of silence, the rhythm of the traditional Inuit drum has returned to Labrador. 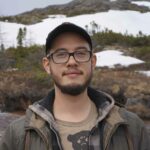 Ossie Michelin is a Labrador Inuk journalist from North West River, NL. He comes from a large family and a long line of storytellers. Ossie works in documentary filmmaking, broadcast news, podcasting, magazines and online. His work focuses on exploring the North and sharing stories of the Indigenous World.

A lesson in compassion and generosity results in a lifelong gift. Set in a small Northwestern Ontario town, a father takes an opportunity to pass on important teachings to his daughter. 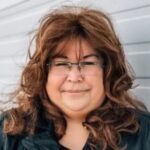 Rachel Garrick is a band member of Lac Seul First Nation and resides in Hudson. Her recent film “Jane and the Wolf”, screened at local, national and international film festivals and broadcasted nationally on APTN. She participated in the Docs North Film Bootcamp and is also an NSI Aboriginal Documentary 2015 alumni.

Emily Tianshi is striving to raise awareness and create solutions for the global water crisis. At age 13, Emily transformed her garage into a science lab to research San Diego’s unique Torrey Pine tree and uncover how the tree is able to produce its own source of moisture from the atmosphere. 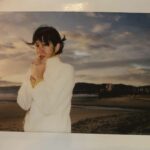 Stephanie Wang-Breal is an award-winning filmmaker, commercial director and co-founder of the independent production company, Once in a Blue Films. Stephanie is represented commercially by the good guys at Good Company and is a proud member of the Academy of Motion Picture Arts and Sciences.

In this playful comedy, three kids worry that their beloved school bus driver will be lonely this summer without them. They set out to find her a partner and imagine the perfect matches. 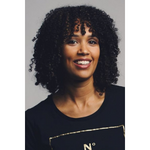 Zoey Martinson is an award-winning writer and director in film and off-Broadway theater. Her film, The Fisherman, is currently streaming on HBO Max and she directed the TV movie Uthandiwe Uyatshata II for DSTV South Africa. She is a writer for season two of Betty on HBO Max.