Whether due to our perceived gender, race or physical attributes, there comes a time when our self perception is not always in line with how others see us. What intersections of our identity and experiences are not apparent to the eye? This program explores how these misaligned views about our bodies inform how we move through the world.

The filmmakers will join us for a talkback after the screening.

A self-portrait short film on 16mm from a trans male perspective. 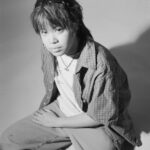 Andy Nguyen is a visual artist specializing in experimental and documentary filmmaking based in Vietnam and Toronto. As a Southeast Asian trans person, he wishes to continue in creating more projects that reflect on gender and cultural identity, and in portraying themes of vulnerability and memory into his work.

With concerned phone calls from friends and family, GUARDIANS walks the viewer through the psychological reality of a girl’s nightly trip home. Discussions surrounding seemingly mundane choices are framed with a woman’s hyper-vigilant lens; bringing into question what the true price of safety is. 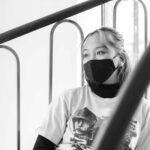 Minerva Navasca is an immigrant Filipina director and producer, finishing her final year of the Bachelors of Film and Television program at Sheridan College. Best known for her short documentaries “Guardians” (2021), and “Kamayan” (2020), she aims to explore hyper-personal stories of cultural dysphoria and girlhood with intimate specificity.

We Went Out is an expressive documentary that celebrates in-between spaces in the lives of four friends who met as teenagers in Toronto. Directed by Ian Kamau the short film is a narrative mapping project, made with the people the film features. The film explores the meaning of a venue. 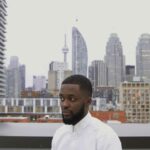 Ian Kamau is an artist and designer. He has released music projects, published writing, and was the founder of Nia Centre for the Arts. He holds a Bachelor and Masters in Design, and a Masters in Environmental Studies.

Nectar is a portrait film that explores the beauty and complexities of fatness, queerness, race, joy, desire, and body autonomy. 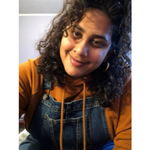 Nakita is a mental health provider, system change advocate, educator, and emerging filmmaker. Nakita lives in Toronto and works to build a more accessible and safe future for her BIPOC and 2SLGBTQ+ communities. Nakita believes that filmmaking is her way of creating accessible education that embodies art, storytelling, and social change.

Illegal immigrant, Nkechi, lives happily in the shadows with her partner Martha, but when immigration officers turn up unexpectedly, they have to make difficult decisions about their future together. 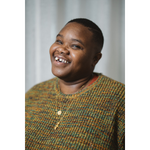 In this sly satirical thriller by Toronto’s Tyler Mckenzie Evans, a woman begins to wonder whether the disappearance of the Black families who have long occupied her suburban neighbourhood may be caused by something more sinister than gentrification. 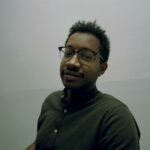 Tyler Mckenzie Evans is a Toronto-based director and screenwriter. During his childhood, he would go to the theatres weekly to escape the mundane of the suburbs in Mississauga, where he discovered his love for storytelling. Tyler seeks to create original stories centred around Black people and people of colour.