What does it mean to be “strong”? The characters in these narratives navigate society’s attitudes towards immigrant, race and gender, showing the complicated journey in staying true to oneself despite the circumstances. This program provides tales of resistance, independence and confidence.

After he’s been cast (again!) as a background tree in his annual middle school play, an ambitious and imaginative immigrant boy leads a revolution on stage that his intolerant drama teacher will never forget. 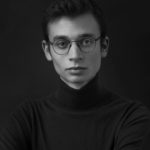 Omer Ben Shachar is an Israeli director based in Los Angeles. Omer enjoys telling honest, character-driven stories that find the comedy in our insecurities and fears of being outsiders, and that ultimately celebrate the joy of individuality. Most recently, the Television Academy Foundation nominated his American Film Insititute Thesis Film, “Tree #3,” for a College Television Award in Comedy.

New year, new country, new school. Haru must adjust to Canada while trying to figure out how to make new friends as she misses the ones she left behind in Japan. When Haru learns about her weird, mysterious classmate Frances who rarely attends school, she becomes curious. Can Haru find hope in this new, unfamiliar country? 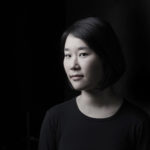 Alice Shin is a Korean filmmaker who received her formal film training at Nihon University, Japan. She has worked in Japan, Korea, and the USA as a director, producer, editor, and other supporting roles. Her independent work has screened at numerous international film festivals. Currently, Ms. Shin lives in Canada making independent films.

A young girl wears her afro to school and must deal with the unexpected consequences. 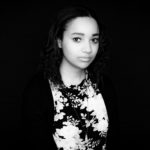 Alicia K. Harris is an award-winning filmmaker from Toronto. Her films has been broadcast on CBC, TVO, Bell Fibe TV, and at numerous festivals, including the Festival du nouveau cinéma, and Vancouver International Film Festival. Alicia is the co-founder of Sugar Glass Films, dedicated to creating films about women and marginalized groups.

As a 12-year-old girl prepares for her final test trying out for the traditionally all-boys Chinese youth Olympic weightlifting team, she makes an unlikely connection with the gym’s reclusive groundskeeper. 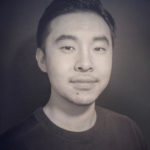