To make ends meet, people in the U.S. are working longer hours across multiple jobs. This modern reality of non-stop work has resulted in an unexpected phenomenon: the flourishing of 24-hour daycare centers. THROUGH THE NIGHT is a verité documentary that explores the personal cost of our modern economy through the stories of two working mothers and a child care provider – whose lives intersect at a 24-hour daycare center. 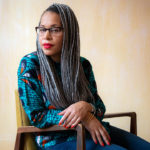 Loira Limbal is an Afro-Latina filmmaker and DJ interested in the creation of art that is nuanced and revelatory for communities of colour. She is the Senior Vice President of Programs at Firelight Media. Limbal received a B.A. in History from Brown University and is a graduate of the Third World Newsreel’s Film and Video Production Training Program. She is a Sundance Institute Fellow and a former Ford Foundation Justfilms/Rockwood Fellow. 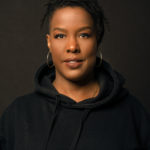 Filmmaker Laurie Townshend centres the lives of those whose acts of courage amount to quiet revolutions. Credits include The Railpath Hero starring Stephan James (2013) and award-winning Charley (2016). Feature documentary, Away With Words (2022) follows renowned poet-activist Staceyann Chin on a journey of parenting and healing of intergenerational wounds. 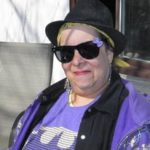 Deany is a Mother , Grand Mother & Great Grand Mother who has been a Regent Park Resident since 1981, Community Development Worker since 1992, and has served as a Board Member of various Non Profit Agencies providing program/services to Regent Park residents for 35 years 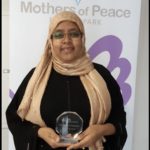 Sureya was born in the city of Harar and came to Canada when she was 17, having moved to Regent Park shortly afterwards. She’s lived in Regent Park since, volunteering, studying and working in this community and is a mother of three. She works closely with other partners and stakeholders in many community initiatives and social development plans. She’s the founder of Mothers of Peace, an organization that helps mothers who have lost their children to gun violence.