Sons of Caribbean immigrants, Francis and Michael face questions of masculinity, identity and family amid the pulsing beat of Toronto’s early hip-hop scene. 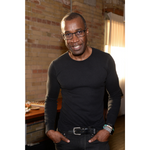 Clement Virgo is one of Canada’s foremost film directors. His TV directing credits include Billions, The Get Down, Empire, and The L Word. His debut feature, Rude, premiered in Cannes’ Un Certain Regard section and opened the Perspectives Canada programme at TIFF. Brother is his latest feature.