In Conversation with Carlos Bustamante

For the last two decades Carlos Bustamante has been a beloved TV personality in Canadian television. From kids TV host to entertainment reporter, from bobsledding down an Olympic track to interviewing some of the biggest global celebrities, he’s done it all! Join us as we dive into Bustamante’s journey working in the Canadian media industry as a BIPOC TV personality, working in children’s television, and more! 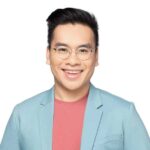 Liem Vu is a journalist with over 10 years of multi-platform experience. Liem has written for both local and national publications including The Toronto Star, The Globe and Mail, and The National Post. On TV, he has created and fronted national content on MTV News, 16×9, The Morning Show, Global News @ 5:30, Global National, ET Canada, and The New Reality. Currently, he can be seen weekdays on Global News Morning as a co-host and weather specialist. 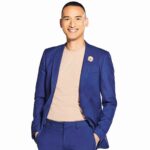 As an entertainment reporter for ET Canada, Carlos has travelled the globe interviewing some of the biggest celebrities in the world. Before joining ET Canada, Carlos hosted a number of popular YTV shows such as The Zone, Big Fun Movies, and The Next Star, which he won a Canadian Screen Award for Best Performance in a Children’s or Youth Program for his work hosting the reality competition series. Carlos has taken on a number of acting roles outside of his hosting duties, including appearances in recurring roles on the YTV series Make it Pop and Nelvana’s Miss Persona.