This shorts program challenges perceptions of BIPOC narratives we’ve come to know. What knowledge of our past has been buried and what is left to learn? From stories of racism, culture and health, these films seek to unveil just that.

The filmmakers will join us for a talkback after the screening.

In an exploration of Black Canadian filmmaking, emerging filmmakers Christian Anderson and Ajahnis Charley quickly discover the realities of the industry. Through insights from veteran filmmakers such as Claire Prieto-Fuller, the young filmmakers learn that sometimes if you aren’t given a seat at the table, you have to make your own. 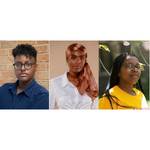 Tristen Sutherland is a writer/director/producer whose stories highlight BIPOC members of the LGBT+ community.

M. Émeraude Domingos-Mbuku is a documentary filmmaker whose research-based practice threads together her identity as a daughter of Congolese refugees and a first generation Canadian. 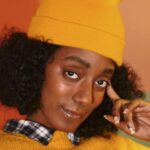 Lu Asfaha is an award-winning writer and director based in Toronto. Her films bends genres to explore themes of identity, belonging, and how things fall apart. Most recently her short horror ‘Fresh Meat’ premiered at Inside Out Film Festival 2022 before being released on CBC.

Where Are You From?

A girl goes to an interview and reveals more than asked! 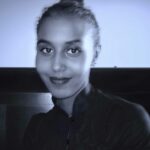 Fatima Gardaad is a Toronto-based writer and director. In 2016, Fatima was selected as a participant in the inaugural Black Women Film! Canada leadership program for emerging black women filmmakers in Canada. Through her work she seeks to explore themes of identity and freedom.

A fleeting retrospect of a young woman who develops a chronic illness over the course of 2020. 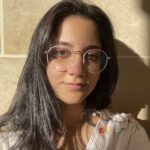 Shubhi Sahni is an Indian Canadian filmmaker based in Los Angeles and Toronto. She makes intimate films that move between documentary and fiction. Shubhi is an Annenberg Fellow at the USC School of Cinematic Arts where she is pursuing an MFA in Film & Television Production.

Patty vs. Patty tells the story of Toronto’s bizarre 1985 “Patty Wars,” when Jamaican-Canadian bakers went head-to-head with the federal government over the name of their beloved beef patty. 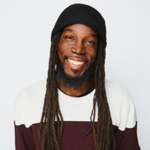 Chris Strikes is a Toronto based director who helmed the award-winning feature documentary Becoming a Queen and the award-winning short documentary Patty vs. Patty. Being of Jamaican and Barbadian decent, Chris prides himself in unearthing forgotten and/or little known Caribbean-related stories to bring them to screen.