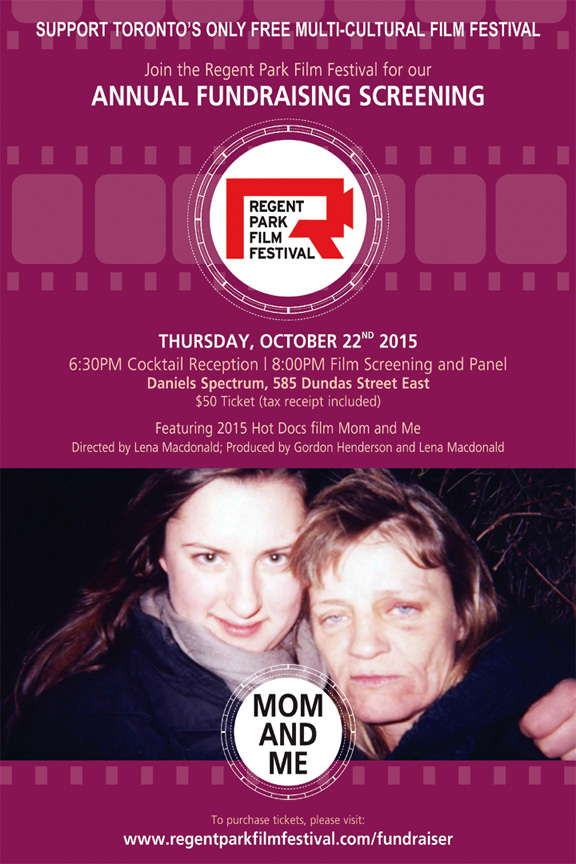 The night will kick off at 6.30pm with our 13th Annual Regent Park Film Festival press launch. We have a great mix of engaging, entertaining, and thought-provoking films, panels, and workshops for you this year.

At 8pm we will screen the 90th Parallel documentary Mom And Me, directed by Lena MacDonald. WATCH TRAILER.

MOM and ME is a personal and intimate documentary about a young filmmaker coming of age in extraordinary circumstances. It follows the complicated relationship between director Lena Macdonald and her mother, who was once a filmmaker herself, but ended up homeless, crack-addicted and on the streets. For ten years Lena filmed in the cold, hard streets of Toronto’s inner city and her story is raw, honest and unforgettable. MOM and ME is about addiction, prostitution and despair but it is also a story about family, the power of hope and the tenacity of love.

See you on October 22nd!

Tickets for the Annual Fundraising Screening are available for only $50. A tax receipt will be issued for each purchase.