Under the Stars: Movies in The Park is the Regent Park Film Festival’s  free outdoor summer screening series.  Every Wednesday, from mid-July to the end of August, we screen a movie outside at the Big Park. Community members and people from throughout Toronto and the GTA have joined us in the park to take in a movie Under the Stars.

Unfortunately, as I’m sure many of you know the weather was not on our side in July. We had to cancel our first film, Space Jam but we’re hopeful that we’ll be able to screen this ’90s classic on August 23, so long as the weather holds up.

We’ve pulled off some amazing nights with great turn outs that have made this year’s Under the Stars the most successful summer yet! Here are some highlights for you to enjoy, we hope to see you out next Wednesday for our screening on

The turn out for our screening of Moana completely blew us away! With over 3000 people in attendance, there was a great community feel in the Park that Wednesday. People checked out Taste of Regent Park, and took part in our pre-show, with colouring stations and free book giveaways courtesy of The Children’s Book Bank. We really couldn’t have imagines a better way to kick off our 2017 summer line-up. 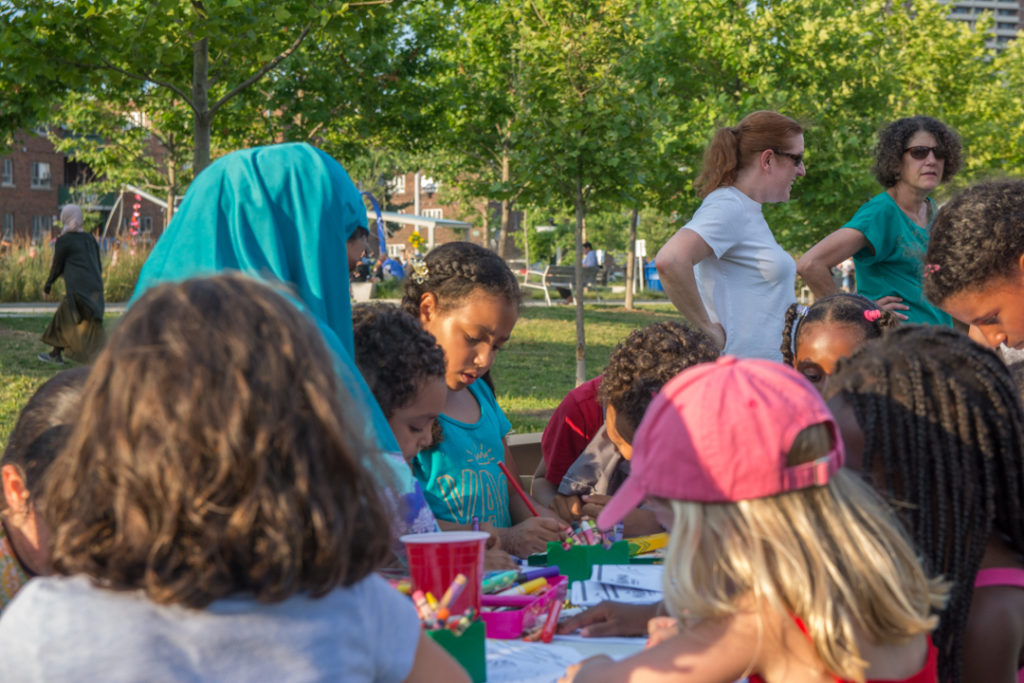 The children at the park flocked around the colouring station which consisted of several Moana colouring sheets. 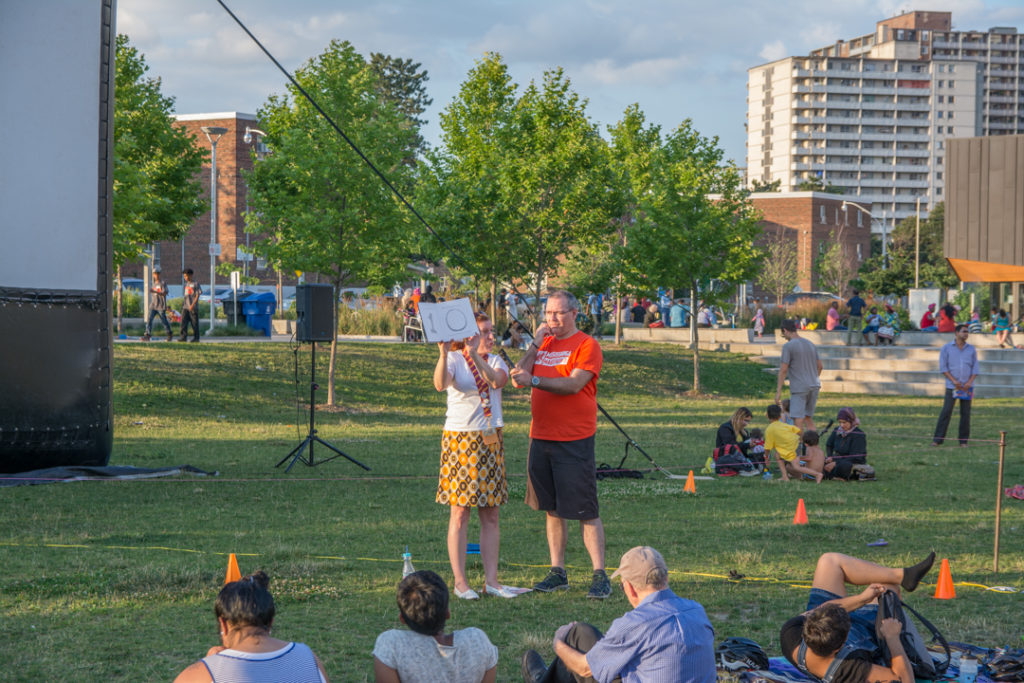 Roxanne from The Children’s Book Bank passed by and read a story to the crowd prior to the screening. 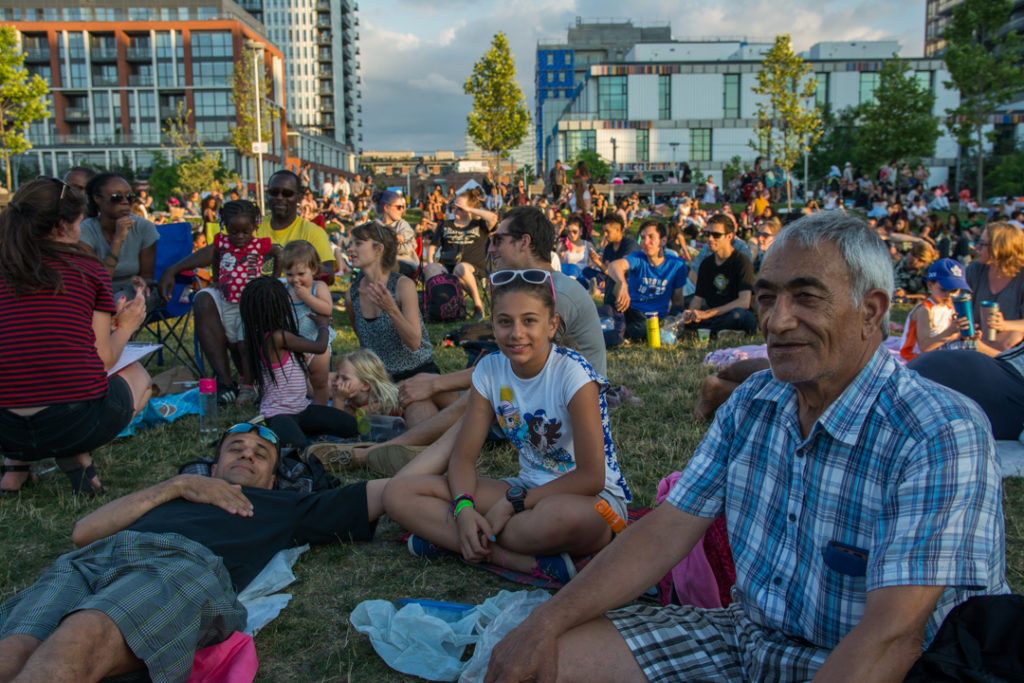 The crowd was unbelievable! By the end of the night, we had a crowd count of 3,000+!

JULY 26: Hunt for the Wilderpeople

We had high expectations of screening this hilarious comedy at the park. However an unexpected thunderstorm forced us to cancel the screening. Although, prior to the rain, we had a successful pre-show full of fun activities! Toronto Inner-City Rugby Club ran rugby drills, while RBC handed out goodies and popcorn! 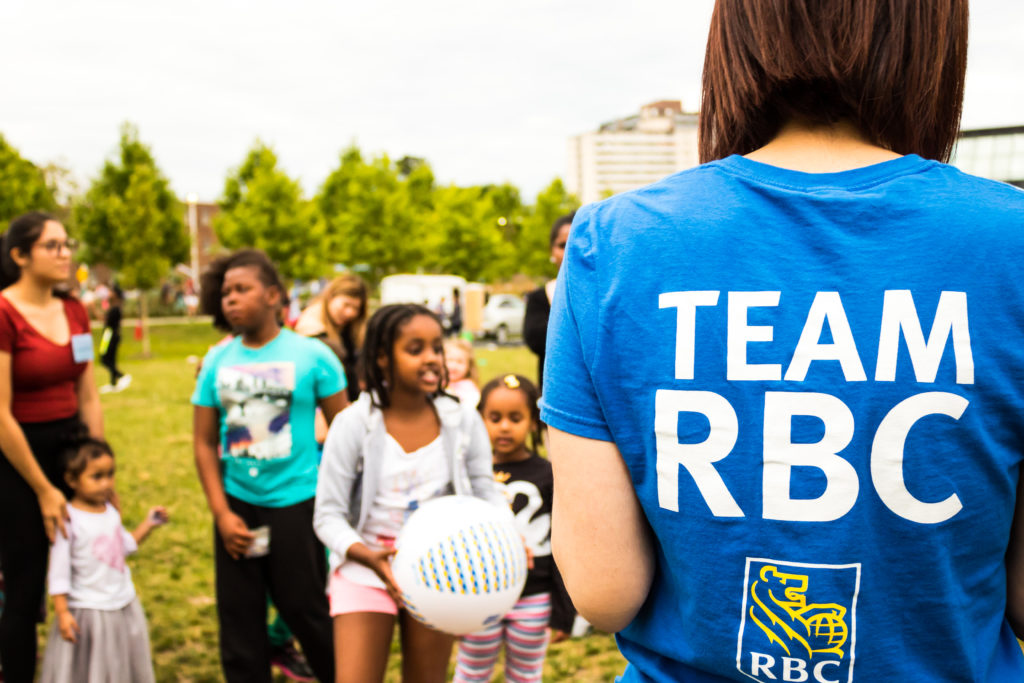 RBC joined us in the park with bubbles and beach balls and gummy bears for the kids! They organized some fun activities and gave away 100 bags of free popcorn! 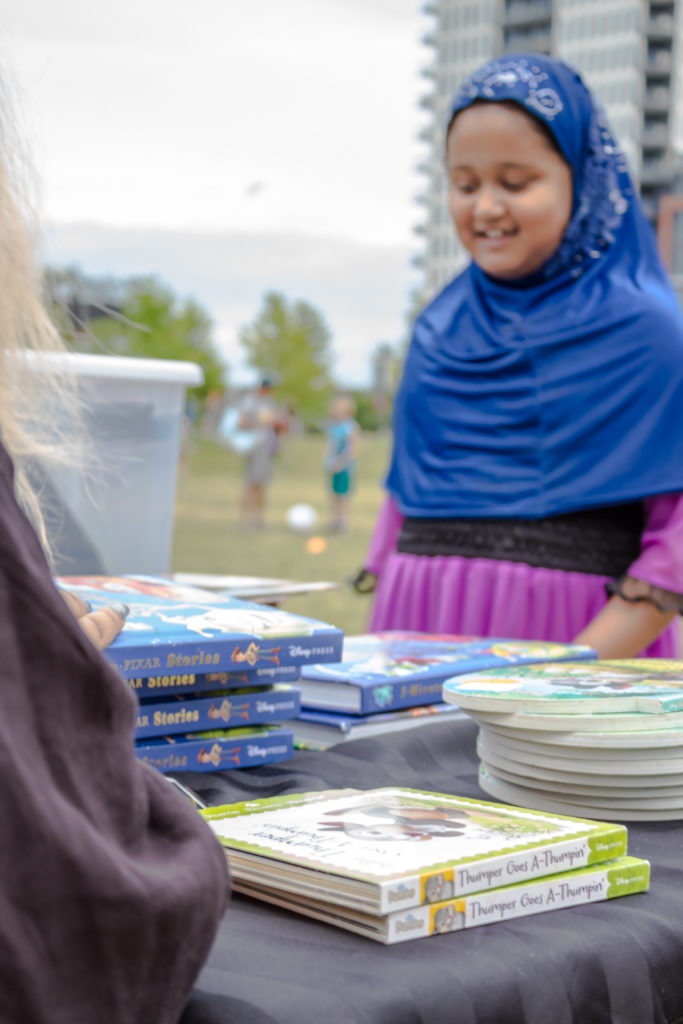 The Children’s Book Bank sent us several boxes of children’s books to give away to the children. 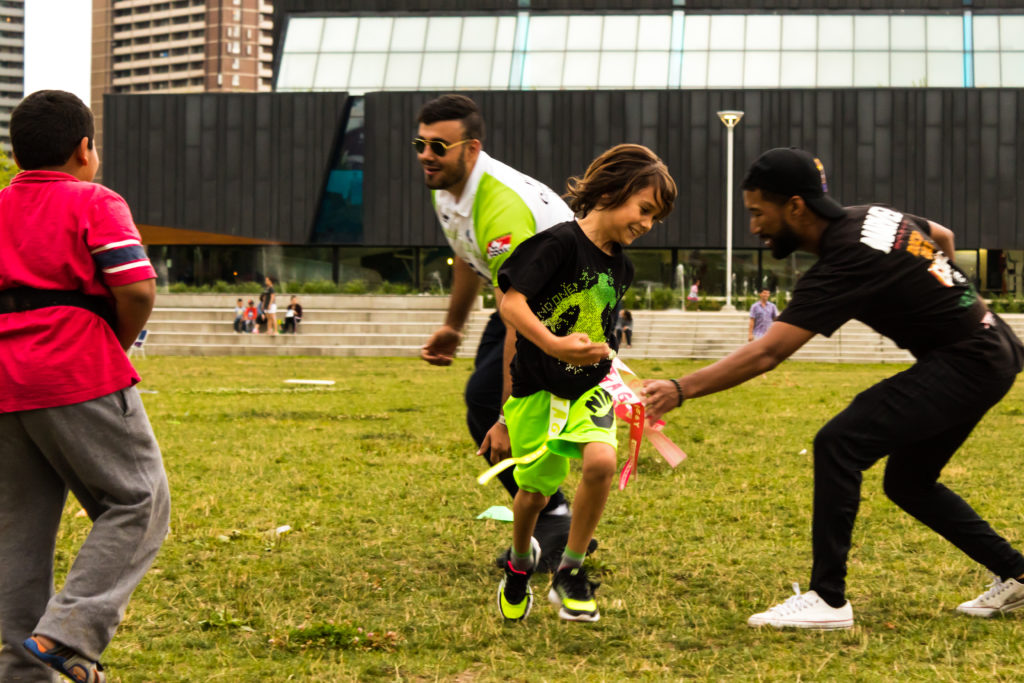 Just when we though the weather was going to turn on us, the sun came out and allowed us to have a successful Bollywood Night at Regent Park! 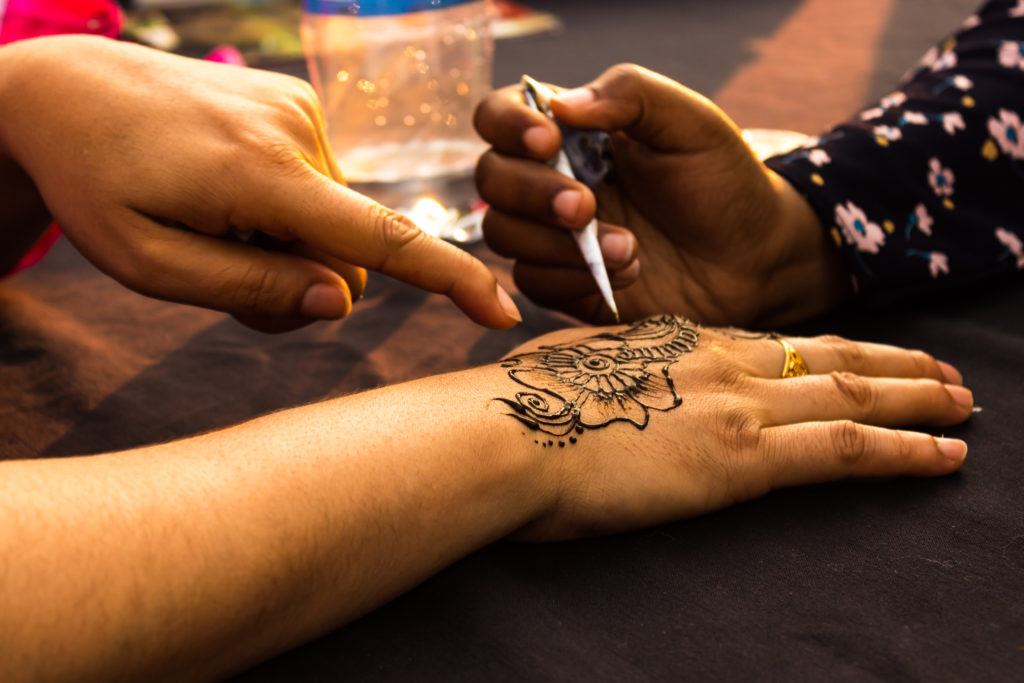 Our friend Ayan Bashir ran a very successful henna station that not only attracted children, but adults as well! 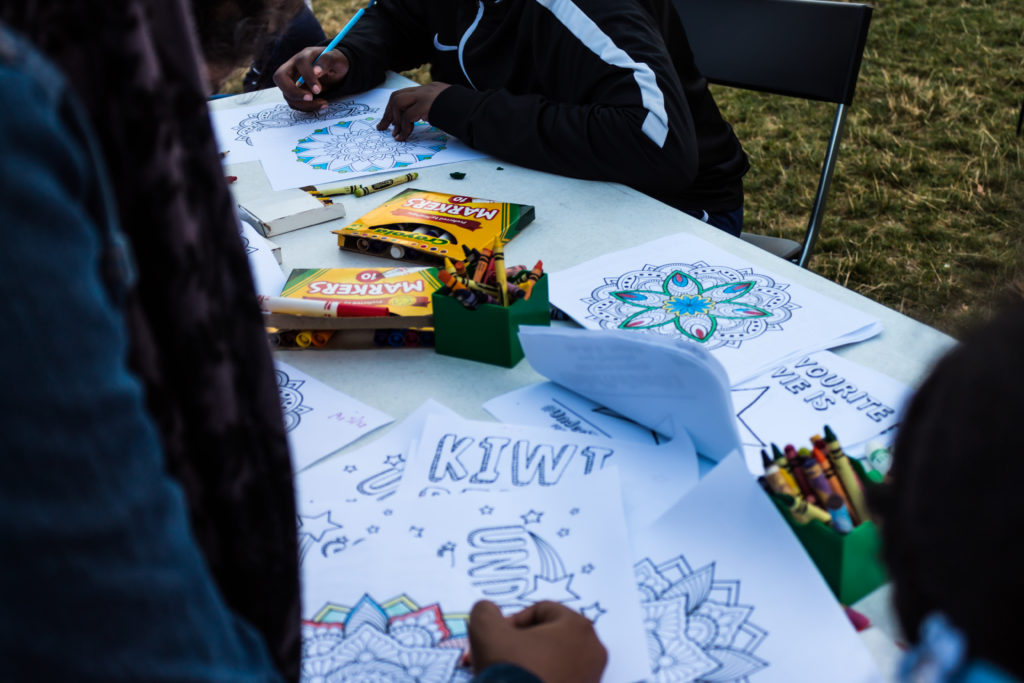 To honour the South Asian theme of the night, our colouring station featured mandala art sheets for the children to colour in. 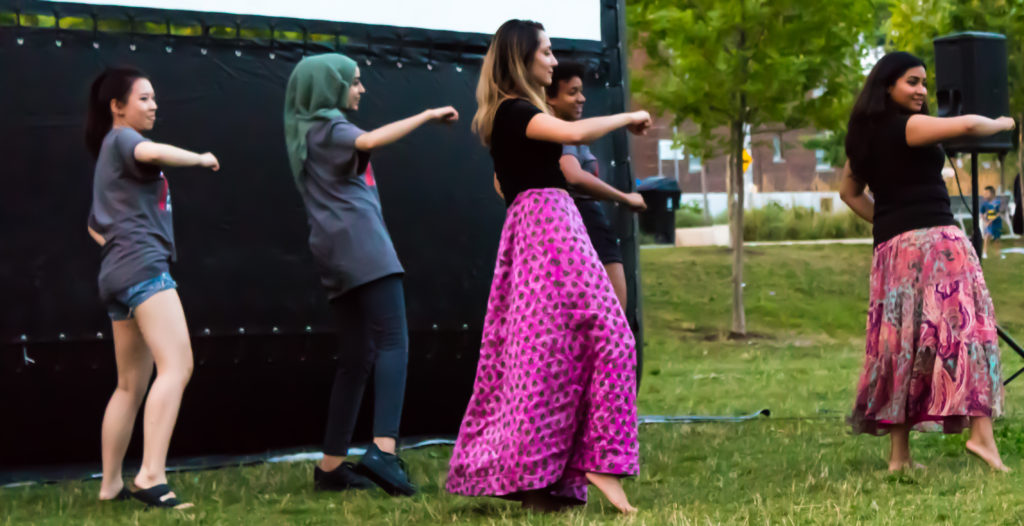 Akshika and Ashini from University of Toronto’s Indian Students’ Society ran a dance workshop, with the help of some of our lovely volunteers!

We are able to speak to Akshika and Ashini after their performance. Here is what they had to say.

Q: How did you get started in dancing?

Akshika: My mom is a dancer so I was inspired early. Initially, I used to do some traditional Indian and Bollywood dancing. Now I do hip-hop as well.

Ashini: Between Grade 1 to 8, I was in Sri Lanka and I used to do dancing throughout school. I still dance since it is my passion.

Q: How do you know one another?

Akshika: We are both part of a club at University of Toronto called the Indian Students’ Society. They have a dance team called “Janoon”. This year, I am the co-president. Ashini is one of the dancers.

Q: Why did you decided to take part in this event?

Akshika: I had no idea what RPFF was although I had seen the event on Facebook. So when we were approached, I was like “Oh my god, is this the same event?” What drew me to participate was that it was a free event and it was for a good cause.

Ashini: Akshika told me about it and I quickly agreed to do it with her.

Q: Do you normally dance with kids or do demos like this?

Akshika: No, this was our first time. We do performances with bigger groups. This was different for sure. Although it is hard to get people to move, having a crowd around is great because it shows that they are interested but just a bit shy too dance. 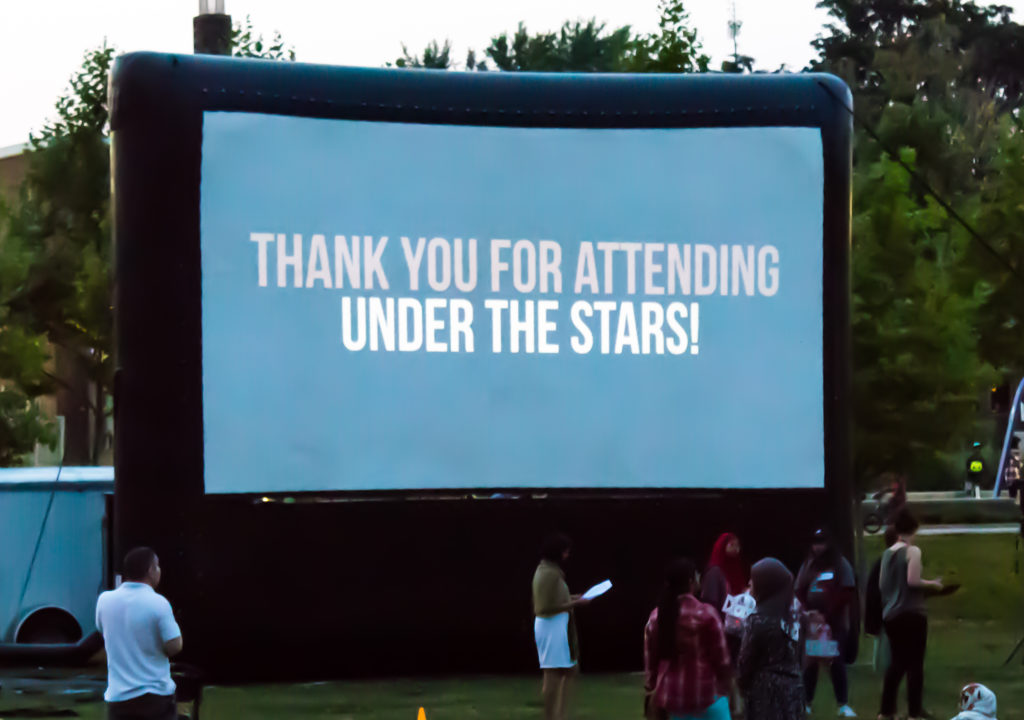 We still have some more screenings to go. We hope you pass by to enjoy some more relaxing movie nights under the stars. Here’s to many more highlights!

Make sure to attend our upcoming screenings!