After months of planning we held our Annual Fundraising Screening on October 22, 2015 at Daniels Spectrum. Supporters, partners, community members and funders joined our staff and board to share their love of the arts, community, culture and film.

Hosted by award-winning producer and writer, Jennifer Holness, the evening started with a fun cocktail reception. Thank you to our beer sponsor, Mill Street Brewery, and our caterer, Cinq Foods.

Richard Campbell, a gifted pianist, warmed the room with soulful ballads and classical music selections. See video on Facebook. Our audience was also treated to dancing by the elegant and talented, Paromita Kar, who delivered a fusion of Bollywood and flamenco. 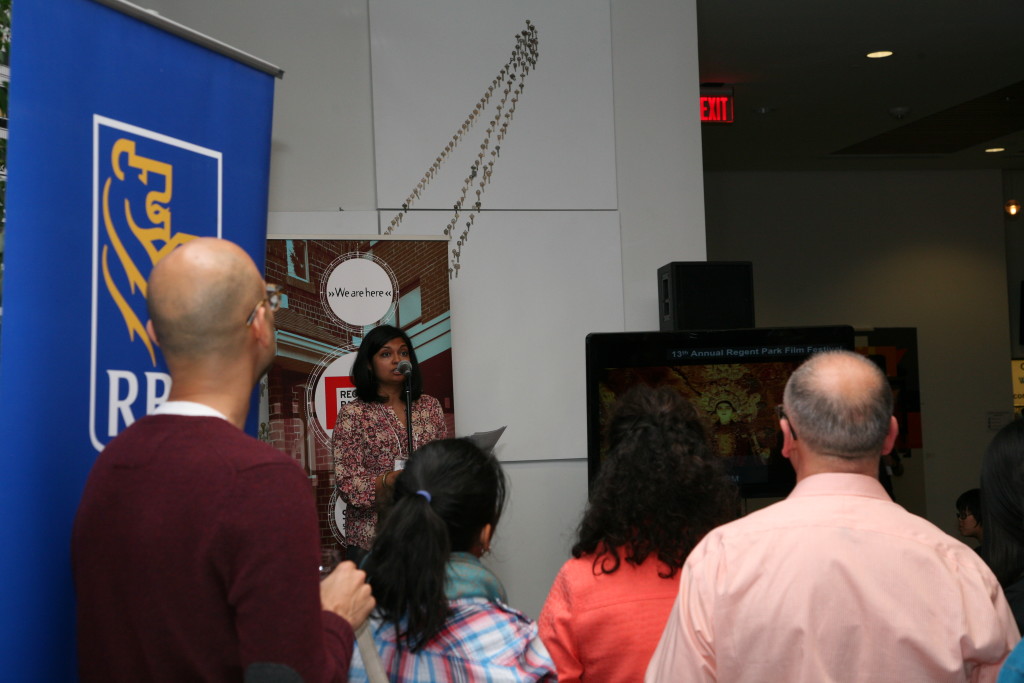 “If we want a world where we can find a diversity of representations and where we fight the danger of the ‘single story’, where the good guys and the bad guys are always the same we have to pay attention to the stories that are being told.

At the Regent Park Film Festival, we understand the important role stories play in a person’s life and how they shape who we become. We honour independent voices, uphold those speaking from the margins of our mainstream and project new representations to start new conversations.”

Festival Manager, Amanda Pileggi, shared some of the amazing programming and partnerships we coordinated for 2014/2015, including workshops, community and school screenings, and Under the Stars: Movies in the Park. Only three years running, Under the Stars has grown from 50 attendees to over 400 per screening!

Onyeka Igwe, our 2015 Programmer announced the line up for this year’s festival.

On opening night (November 18) four emerging filmmakers will screen their short films, then pitch a future project to a panel of celebrity judges. Corey Bowles (Trailer Park Boys) will be our host for the evening.

Focusing on the theme of home, migration and belonging, we will present two short programs: Testaments of Home and Reimagining Home. An award for Best Short Documentary, sponsored by DOC Institute, will be presented on the final night of the festival.

Itzel Velasquaz, recipient of the 2015 DGC Ontario New Voices Award, gave a touching speech about the impact of art and filmmaking.

Following the cocktail reception guests moved to the Ada Slaight Hall for the Mom and Me screening. Filmmaker Lena Macdonald and her mother (the subject of the film) participated in a post-screening discussion about the film, moderated by Regent Park Film Festival Programmer, Onyeka Igwe. 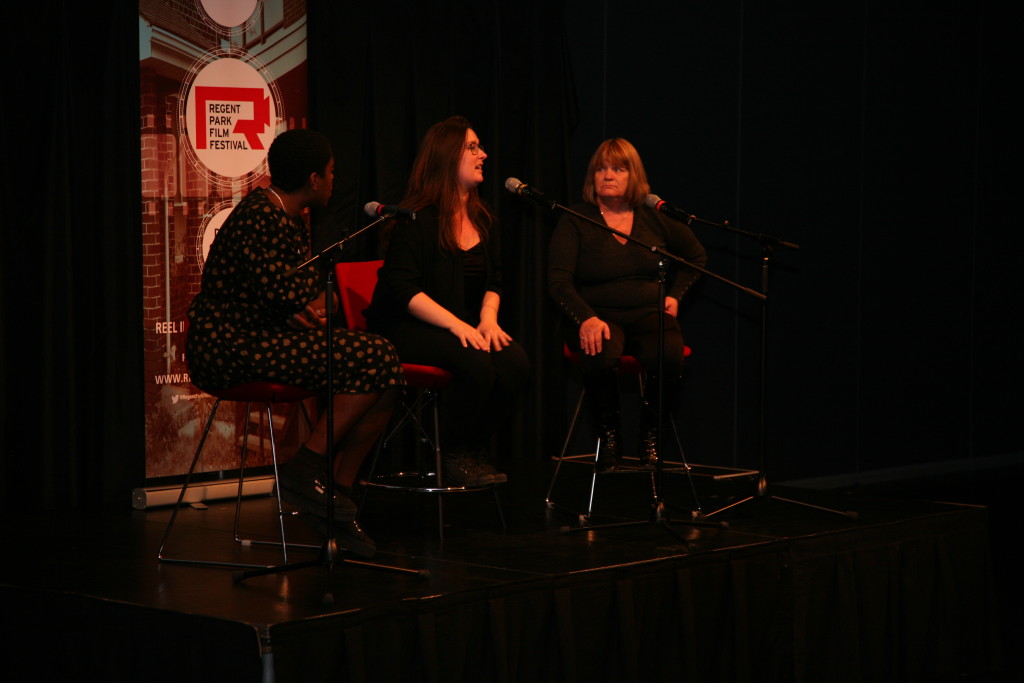 We are incredibly grateful to those who attended, donated, and bought youth tickets. Additional thanks go to our volunteers and Event Coordinator/Stage Manager, Nicole Waldron.